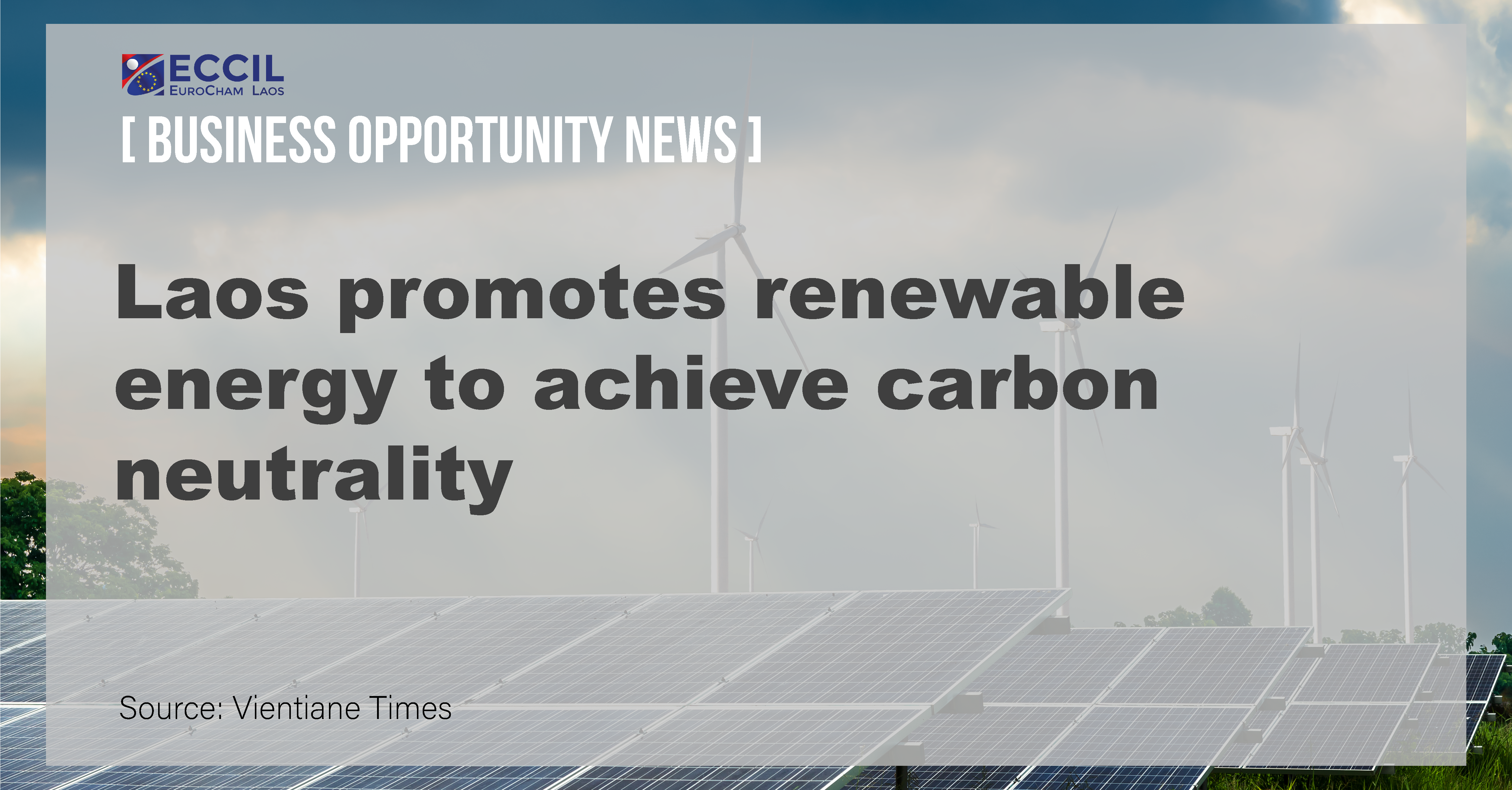 Phavanh SOSAMPHAN April 20, 2022 No Comments
Laos is committed to further promoting renewable energy and investments in low-carbon sectors to achieve carbon neutrality by 2050.
Strong foreign private investment inflows are expected to support the development and supply of low-carbon electricity and grid connectivity in Laos for export markets, according to the latest report from the Asian Development Bank (ADB). “Wind farm investments of 1.6 gigawatts are planned, including a 600-megawatt (MW) Monsoon Wind project in Xekong and Attapeu provinces that will export energy to Vietnam,” stated the ADB’s Asian Development Outlook 2022. These investments are expected to become one of the world’s largest wind farms and provide over 90 million tonnes of carbon saving over their life. The Lao government plans to increase the share of solar power in its energy mix to almost 25 percent by 2025, from under 1 percent at present.
In July last year, the government and shareholders in the Nam Theun 2 hydropower plant signed a Project Development Agreement to develop Nam Theun 2-Solar, the largest hybrid floating solar project in the world. With an installed capacity of 240MWp, the solar project will be built on the Nam Theun 2 reservoir in Khammuan province. The government has given the green light for investors to develop a number of solar projects, with some currently carrying out feasibility studies.
The ADB report says Laos has made solid progress towards achieving its nationally determined contributions (NDCs) under the Paris Agreement, aimed at achieving net-zero emission. The NDCs cover six areas, with substantial progress observed in hydropower development and the expansion of household electrification. These efforts supported emission reductions estimated at 34 percent in 2020 compared with the 2000 baseline scenario, according to the report. However, Laos’ policy commitments on forestry, transportation, and renewable energy, were “not on track”, the report added.
To correct that, the government has taken steps to secure international investment, though it must first make progress in addressing gaps in climate policy and institutional frameworks, as well as increasing project preparedness. According to the ADB, although Laos’ emissions are low compared with other Southeast Asian economies, industrial development and increasing consumption are nevertheless contributing to growing emissions.