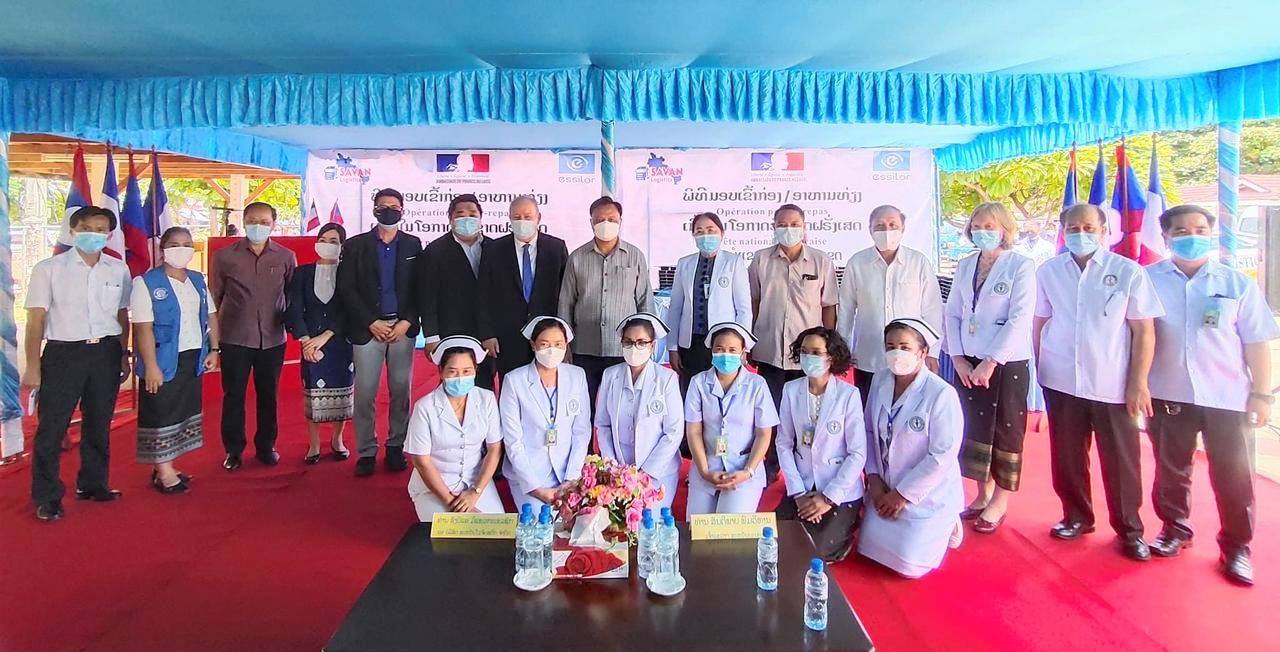 H.E. Mme Florence Jeanblanc Risler, The Ambassador of France to Lao PDR together with H.E. Mr Bounfeng Phoummalaysith, Minister of Ministry of Health attended the distribution of lunch boxes event took place at Mahosot hospital on 14th of July 2021. The provision of 6 500 lunch boxes will be distributed to doctors and Covid-19 patients in different hospitals on the occasion of French National Day, which falls on July 14 every year.

In addition, 2,000 lunch boxes are also distributed to doctors and Covid-19 patients at Savannakhet provincial hospital.

Mr. Santiphap also mentioned that the ongoing Covid-19 pandemic was an unprecedented crisis that posed a threat to the lives of millions of people around the world, and that Laos could not avoid being affected as well, “Over the past months, Laos has recorded 2,600 cases of the virus and three deaths. Savannakhet province alone reached a record 357 cases on July 10, while 137 people have been discharged from hospital and 220 people are under observation or receiving treatment,” he added.

The provincial authorities were doing their best to tackle the spread of the virus and encouraging everyone to have a Covid-19 vaccination. He also reported that up until now, 74,328 people have received a first dose of a Covid-19 vaccine and about 46,717 people have had a second dose. It is expected that 50 percent of population in the province will be vaccinated by the end of this year.

Even though both Laos and France are being hit hard by the pandemic but the provision of 2,000 lunch boxes, contributed this time demonstrated the strong friendship and bilateral cooperation between Laos and France and will definitely provide a significant contribution to the development of Laos.