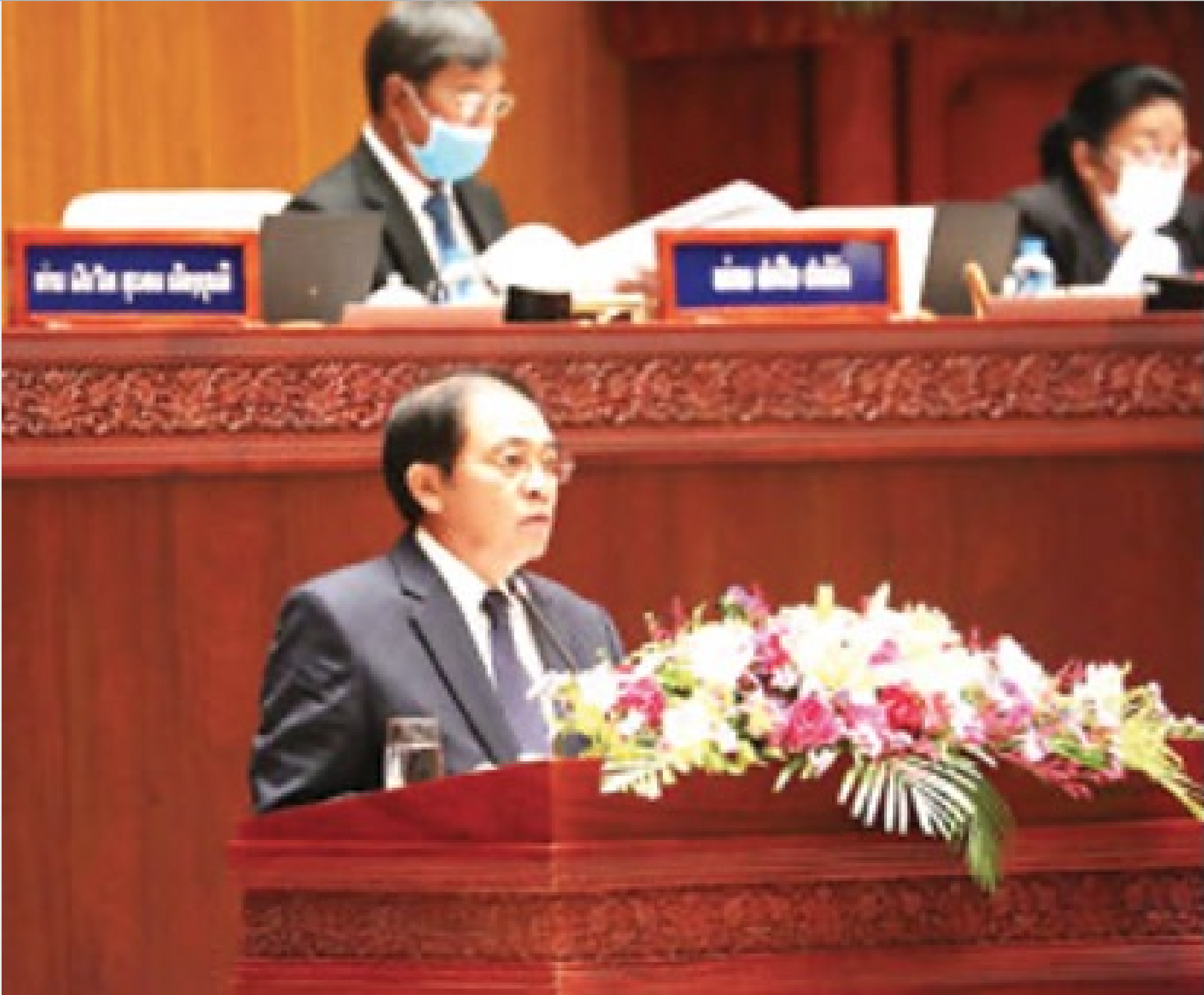 The Ministry of Industry and Commerce, on behalf of the government is aiming to increase the value of exports by 8-10 percent from 2021-2025.

The goal was announced by Minister of Industry and Commerce, Dr Khampheng Saysompheng when responding to questions put by members of the National Assembly last week. To achieve this target, the ministry will work more to facilitate trade especially in agricultural products as well as exploit the potential of industry and in general, the value of exports increases by an average of 12 percent a year, he said.

Although the value of exports dropped in 2020 because of the Covid-19 pandemic, the value is still increasing overall. From January to June 2021, the value of trade increased by 27 percent compared to the same period last year with exports accounting for 33 percent and imports amounting to 20 percent. Although the country is continuing to suffer from the effects of Covid-19, the ministry is trying to promote the sale of goods domestically and for export, Dr Khampheng added.

In recent months, the Ministry of Industry and Commerce in cooperation with the Ministry of Agriculture and Forestry has signed agreements on the sale of nine agricultural products to China which is one of the biggest markets in the world.

Laos has also been given a quota for rice and cattle exports by the Chinese government. The Ministry of Industry and Commerce is also focusing on crop production in three northern provinces, concerning sweetcorn grown for export in Oudomxay province, tea in Phongsaly province, and rice grown in Luang Namtha province, Dr Khampheng said.

Last month, Laos also launched the Coffee Sector Export Roadmap to increase coffee exports to the EU and other international markets as well as popularizing coffee products in neighboring countries. The ministry will also focus on the promotion of eight industry targets including small and medium-sized enterprises as well as family industries to achieve targets and encourage the number of factories in the industrial group to increase by 5 percent a year. Through the promotion of industry, it is aimed to increase the value of processed goods by 8-10 percent.