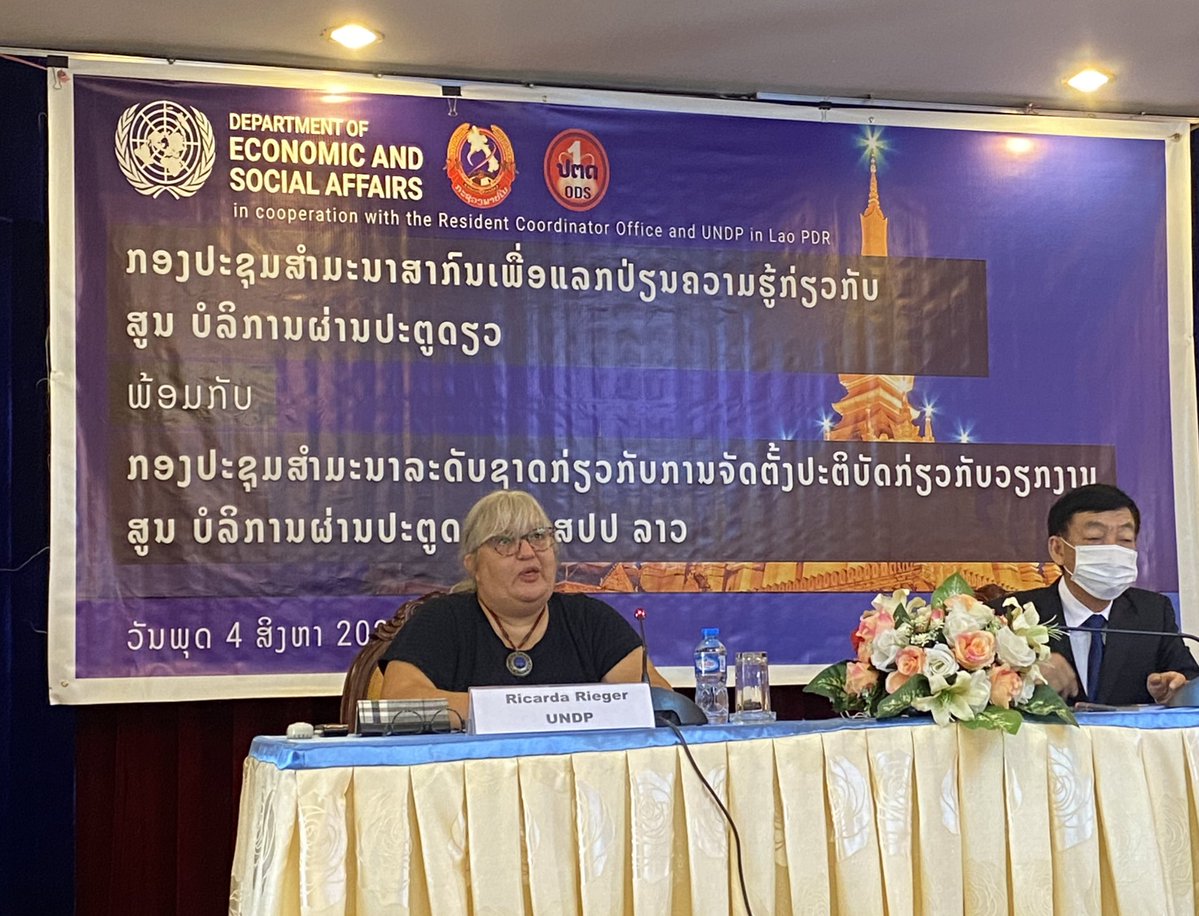 The government is partnering with the United Nations Development Programme (UNDP) and other international bodies to improve the One-Door Service system in public service delivery to provide easier and quicker services to general public. Services provided in the ODSCs include administrative, land management, public security, tourism and cultural, sports, commercial and public works.

The topic of discussion at a national workshop on Wednesday 4th August 2021, chaired by Minister of Home Affairs Mr Thongchanh Manixay and UNDP Resident Representative Ms Ricarda Rieger and attended by representatives of international organisations.

The event was focused on the improvements to the system with the titled of “Implementing the One-Door Service Centres in Laos”. Mr Thongchanh mentioned that Laos established a One-Door Service Centre in early 2000 which the government attempted to improve service delivery for the benefit of general public. “We have learned many lessons and encountered many challenges in the operation of One-Door service centres,” he added.

There was only one centre, located in Xaysettha district, Vientiane Capital in 2006 but nowadays, the number has been increasing to 44 centres across every province of the country. Another goal of the five-year plan from 2021-2025 is to increase at least 15 more centres, meaning an average of three per year.

To implement the One-Door Service Expansion Plan, the Ministry of Home Affairs is continuing to work with the United Nations network which provides support while the key development partners are helping the ministry to achieve its goals. In the recent past, the Ministry of Home Affairs with the support of development partners, has attempted to improve the rules and working mechanisms of the One-Door Service.

The achievements and progress have included improving the planning of the centre’s action plan to provide transparent monitoring, and creating a mobile app to track One-Door Services, which expected to be usable in the future. The One-Door Service Centre in Xaysettha district is serving as a laboratory in the development process. A survey of the application will be provided later and it is hoped that a more efficient One-Door Service will be rolled out in the near future.