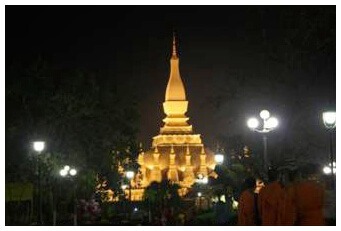 To most non-Laotians Laos is some rather obscure, enigmatic country which rarely dominates the headlines of international media. Quite some people – not only outside the region – are not even sure about the precise location of the former “Land of a Million Elephants”.

The present-day People’s Democratic Republic is not very easy to access – there is only one (short) international railway, there is not direct access to the sea, and its major river, the Mekong, is over long distances not navigable for major ships.

Often spectacularly rugged terrain, jungle covered mountains and the existence of a wide-meshed network of roads – per sq km of land there are less than 13 km of roads (compared with about 35 km in Thailand and almost 50 km in Viet Nam) – makes the country also difficult to penetrate. It does not help that only 14% of its roads are paved. Laos is sparsely populated (23 people per sq km) and with about 6 million its inhabitants number about half the population of Greater Bangkok. And with a GDP of about 1000 USD per head they are much poorer than their Thai brethren. 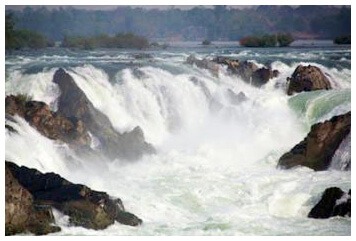 Good for sightseeing, bad for transport: the Makong falls at Khone Phapheng

Perhaps one reason to take a closer look is the strategic location of the country and its economic development over the recent year which has been impressive by many standards.

Being increasingly land linked by bridges and (plans of additional) railways to neighbouring countries Laos commands a crucial area between the emerging economy of Thailand, the densely populated coastal lowlands of Viet Nam and factory agglomerations of Southern China.

With an estimated GDP growth of about 8%, the Economist Intelligence Unit ranks Laos under the 10 fastest growing economies of the world for 2011. The World Bank estimates the growth figure even at 8.6%. About half of this impressive growth rate can be attributed to the resource sector, in particular to hydropower generation and mining which means predominantly unearthing copper and gold ore. Lao is a net exporter of electricity, frequently labeled the “battery of South East Asia”. But there is more to the Lao economy than its wealth of minerals, abundance of forests and huge untapped hydropower potential. Construction is booming, the garment industry, with about 28,000 employees the biggest manufacturing industry of the country, is expected to see an export growth of about 15 to 20% this year. In the service sector tourism, transport and retailing are expected to expand considerably.

Exports and Imports on the Rise 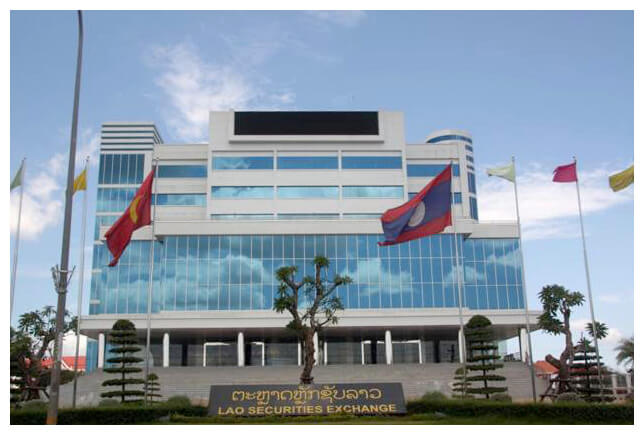 Lao exports amounted to about 2 billion USD in 2010 and are expected to grow by almost 30% this year, largely due to increasing electricity exports and strong prices for copper.

While Laos benefits from an almost unrestricted access to the EU market it is the only ASEAN nation which is not yet member of the WTO. But this is expected to change in the not too distant future since the country is in the final stages of the negotiation process for the accession. The results will be far reaching, boost trade facilitation and improve conditions for investment. Already now the People’s Democratic Republic welcomes foreign investment in almost any sector, allows the full repatriation of profits, gives tax incentives etc. The investment conditions will most likely improve further with the setting up of an impressive number of Special Economic Zones which are currently in different stages of planning and approval. 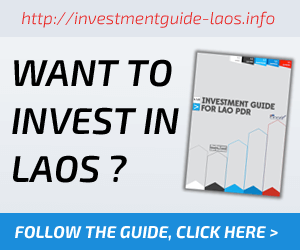