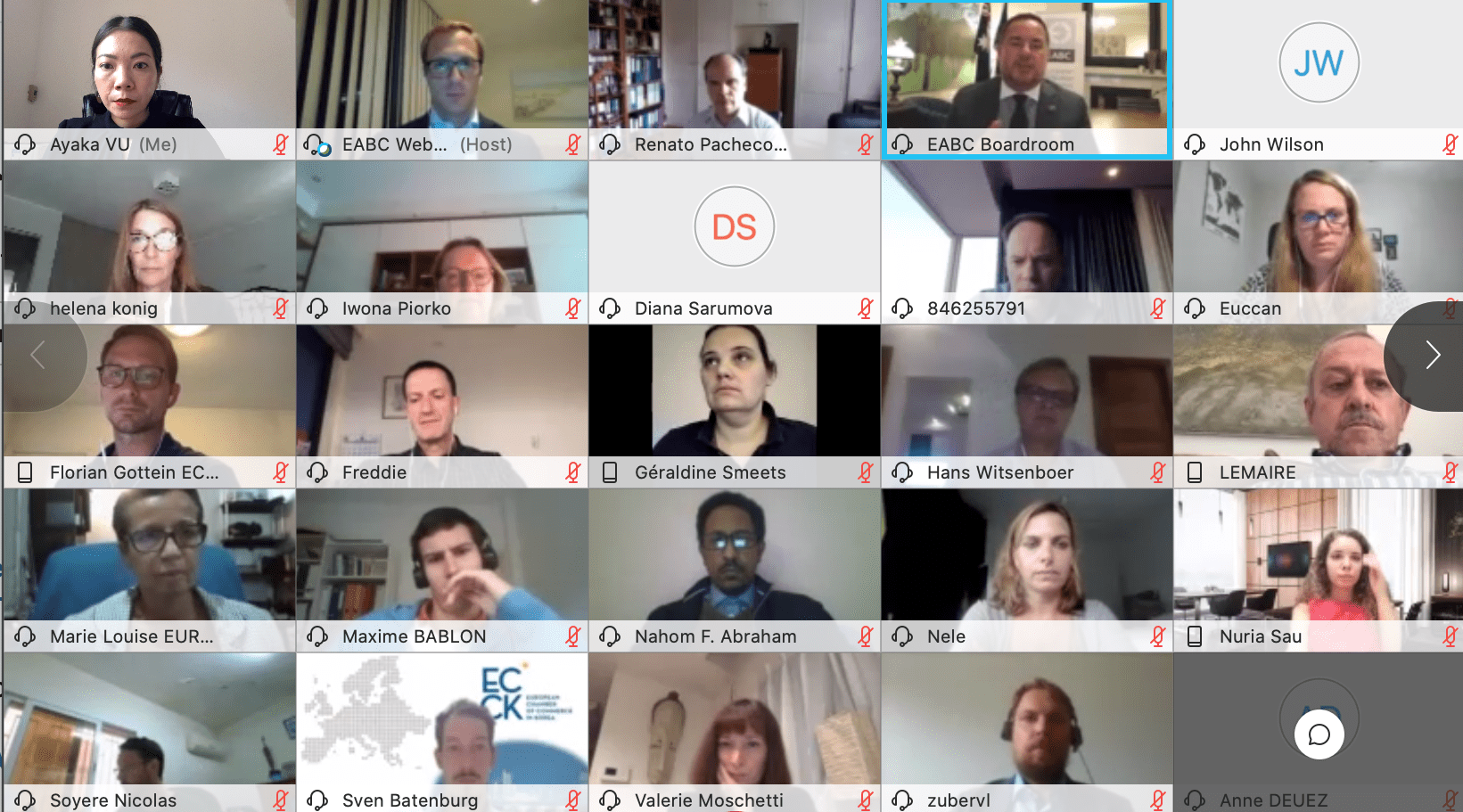 As a member of the EBOWWN (European Business Organisation Worldwide Network), ECCIL was invited to the annual global meeting, hosted virtually and attended by more than 45 Countries, on 2nd and 4th of September 2020. Both meeting were chaired by Mr Jason COLLINS, CEO of EABC and Chairman of EBOWWN.

The first session included a regional reporting during which EBOWWN representative in the ASEAN region, Ms Nele CORNELIS – EBO Singapore, underlined the activities and existing collaboration among the EBOs of the region: joint activities such as IPR, sustainability or Illicit Trade have been undertaken, but also a bi-annual Regional coordination meeting, held in March in Manila and a survey conducted regionally on the impact of the COVID-19. On the economic side, it was also mentioned the region should see a rebound of the GDP at 5% in 2021.

The EBOWWN Strategy was also presented, with the mission to bring the network to the next level and be a partner of choice for EU Businesses abroad.

During the second meeting, EBOs had the opportunity to listen to insights from the different DGs in Brussels, namely Ms Helena KONIG – Deputy Director General of DG Trade, Javier Raya AGUADO – Deputy Head of Unit of Coordination and Programming of Financing Instruments, Mr Raimondo BUSSI – Deputy Head of Unit of Partnership Instrument and Pauline WEINZIERL – Member of Cabinet, Commissioner Thierry BRETON. It was an interesting and informative meeting which we were glad to be part of, especially for potential plans in the future.

EBOWWN Survey Report on the Impact of COVID-19