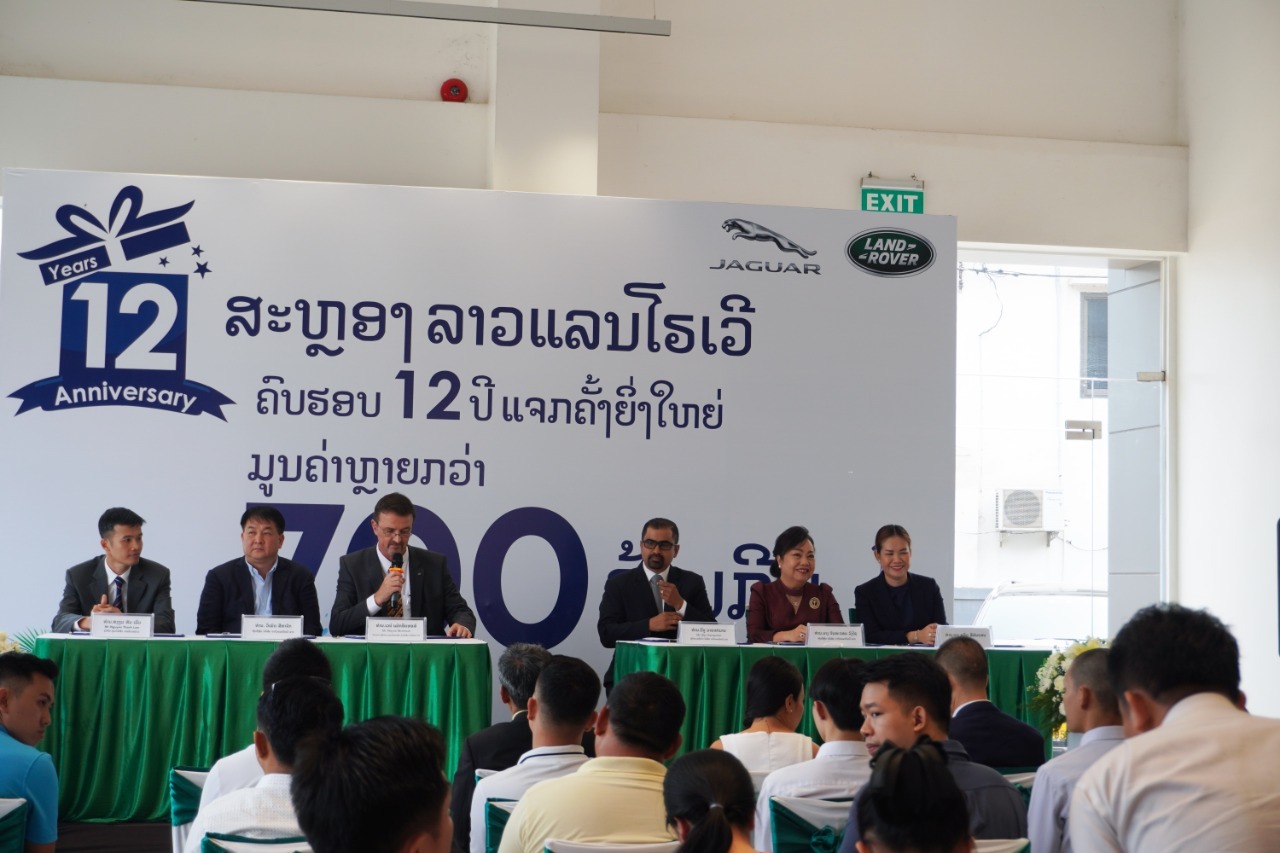 The achievement was reported by the Managing Director of Automotive operations, Mr Wayne MacIntosh at the press conference for the 12th anniversary celebration of the Lao Land Rover in Vientiane.

The full-service Land Rover distributorship in Laos began operating in 2009 with a knowledgeable team of experts to advise and offer support, with Jaguar being added into the mix in 2013. He said,

“The uptake in the Lao market seems very promising as can be seen on the road, Jaguar and Lao Land Rover vehicles are dominating in the car market segment, we have sold over 1,200 vehicles so far”.

While the company prides itself on utilising the latest technologies to maximise fuel efficiency, Jaguar Land Rover is taking that one step further, in the upcoming months during this year will see the launch of a full electric luxury performance SUV in Laos, the iconic I-PACE.

“Jaguar and Land Rover vehicles are known worldwide for their superb quality and value recently.” He explained.
Laos drivers have shown a great deal of interest and are eager to snatch up these quintessentially built British luxury machines.
In 1948, the Land Rover took the world by storm with its line of durable luxury SUV’s and has been a key player in this market ever since, a short time earlier, Jaguar made its market producing sleek eye catching luxury cars.

Decades followed before these two British monoliths merged together under the global name Jaguar Land Rover in 2013, allowing a seamless synergy of design and technical prowess under one roof.

Headquarter in London, the company has two design centres and three manufacturing plants throughout the United Kingdom.