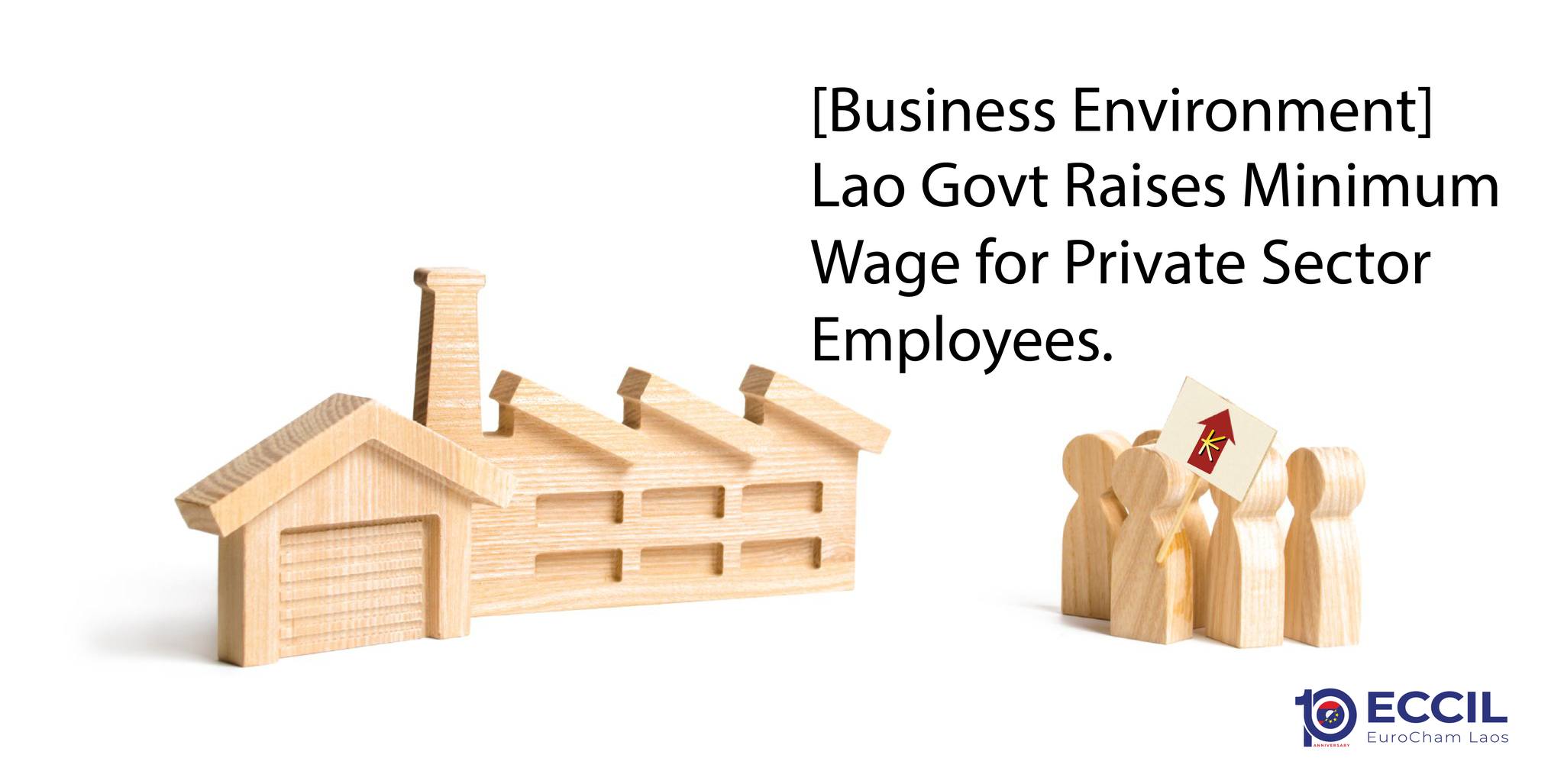 As the costs of essential commodities continue to soar, driven by the unfettered weakening of the Lao Kip, the pandemic, and other external factors, many people on Lao PDR are having a hard time making ends meet. The government has agreed to increase the monthly minimum wage from 1,100,000 kip to 1.3 million kip for private sector employees, in an attempt to keep pace with the rising cost of living.
The increase will come into effect in August, and will be a boost to the millions of people struggling to survive during the current economic downturn, which has resulted in skyrocketing prices. The wage increase was proposed by the Ministry of Labour and Social Welfare and was announced by the Prime Minister’s Office under Notification No.829/PMO dated 13 June 2022.
The wage hike does not apply to government officials, who are paid through a different salary scale.
The announcement instructed the owners of garment and other factories in Laos to put the new minimum wage into practice. Employers will be subject to legal action if they fail to pay their employees the new minimum wage.
The Prime Minister’s Office said it was the responsibility of the Lao Federation of Trade Unions (LFTU) to work with the relevant parties to negotiate individual or collective employment contracts, wages, policies and benefits.
Experienced, specialised and skilled workers should be paid more than the minimum wage, while all employees should be registered in the national insurance scheme, as required by the Labor Law No. 43/NA dated December 2013 and the Law on Social Security No. 54/NA dated 27 June 2018. In addition, all employees are required to undergo annual health checks.
A senior official from the Ministry of Labour and Social Welfare said employers should empathise with workers and help them to improve their circumstances, especially as they are the ones who enable their employers to make a profit.
The pay increase is considered essential to prevent people falling into poverty and suffering hardship amid spiralling living costs.
In recent decades, the government has approved increases in the minimum wage but has been unable to prevent increases in the price of food and consumer goods.
The government first increased the minimum wage in 1991.
In 2012, the minimum wage was raised from 348,000 kip to 626,000 kip a month, and in 2015 was further increased to 900,000 kip a month.
Another increase in 2020 saw the minimum wage bumped up to 1.1 million kip a month.
sources: Vientiane Times, VDB Loi Laos