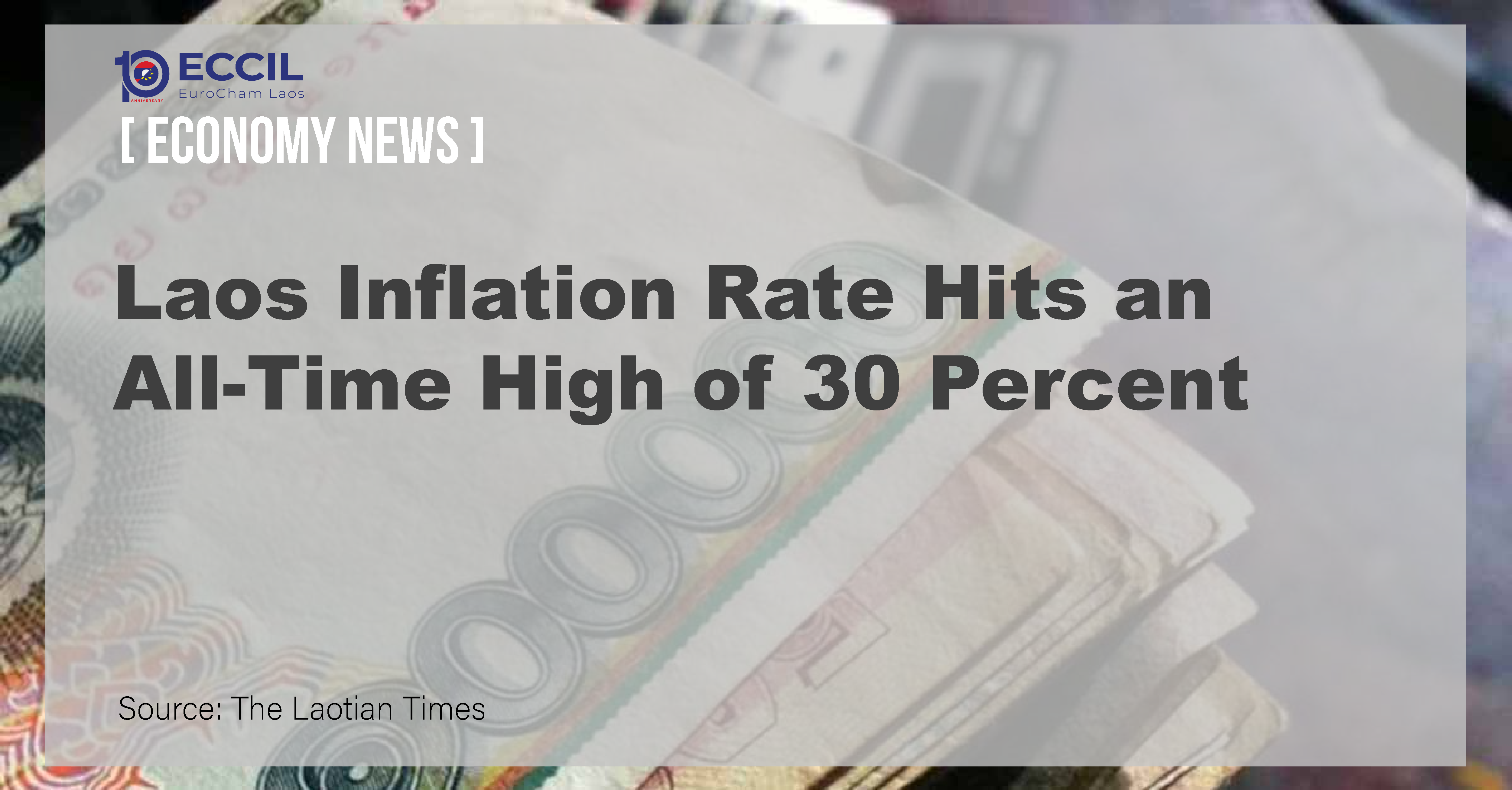 Year-on-year inflation in Laos increased to 30 percent in August, according to the latest numbers from the Lao Statistics Bureau.

The inflation rate for August has been reported at a whopping 30 percent with a 2.5 percent increase from July’s figure of 27.5 percent.

The price of food and non-alcoholic beverages has surged by 30.2% year on year including that of daily essentials like rice, starch, meat, fat, vegetable oil, fruit, and vegetables.

Commercial transport and delivery charges have risen by 51.7% with automobiles, and spare parts becoming even more expensive because of the low exchange rate. Fuel prices have also shot up recently adding to people’s woes.

Additionally, prices for housing, electricity, water supply and cooking oil also increased by 20.5% due to the soaring prices of steel, cement, concrete, and gas.

In response to the economic woes, the Government of Laos has reiterated its pledge to avoid default, with relevant agencies being directed to take more proactive measures to address the country’s economic problems.

Ministers were instructed to exert every effort to ensure a consistent supply of fuel across the country and to better control volatile currency exchange rates.