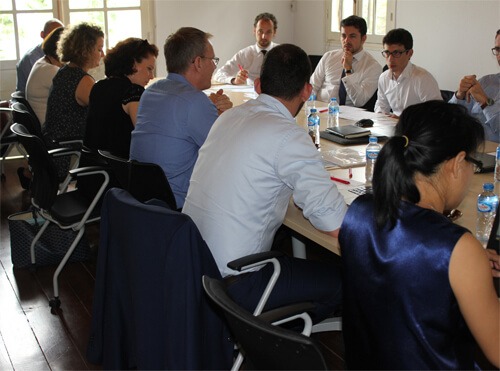 On Monday 13th June the managers of many of the EU chambers and business networks in the region met in the ECCIL office to discuss recent activities and possible plans for joint outreach efforts for the next twelve months. Reports were given on the various promotional functions attended by individual chambers and networks and plans were laid out for cooperative actions over the next year. Many possible activities were identified and early, provisional plans made. Information on these will be announced later.

Taking advantage of the presence of so many EU business people, on Tuesday 14th June the EALink team from Europe held a meeting to outline their programme of activities designed to assist the efforts of the chambers and networks in the Asian region. This was largely focused on the direction of business enquiries to the appropriate people in the region as well as offering ways to heighten the profile of the chambers and networks in Europe.