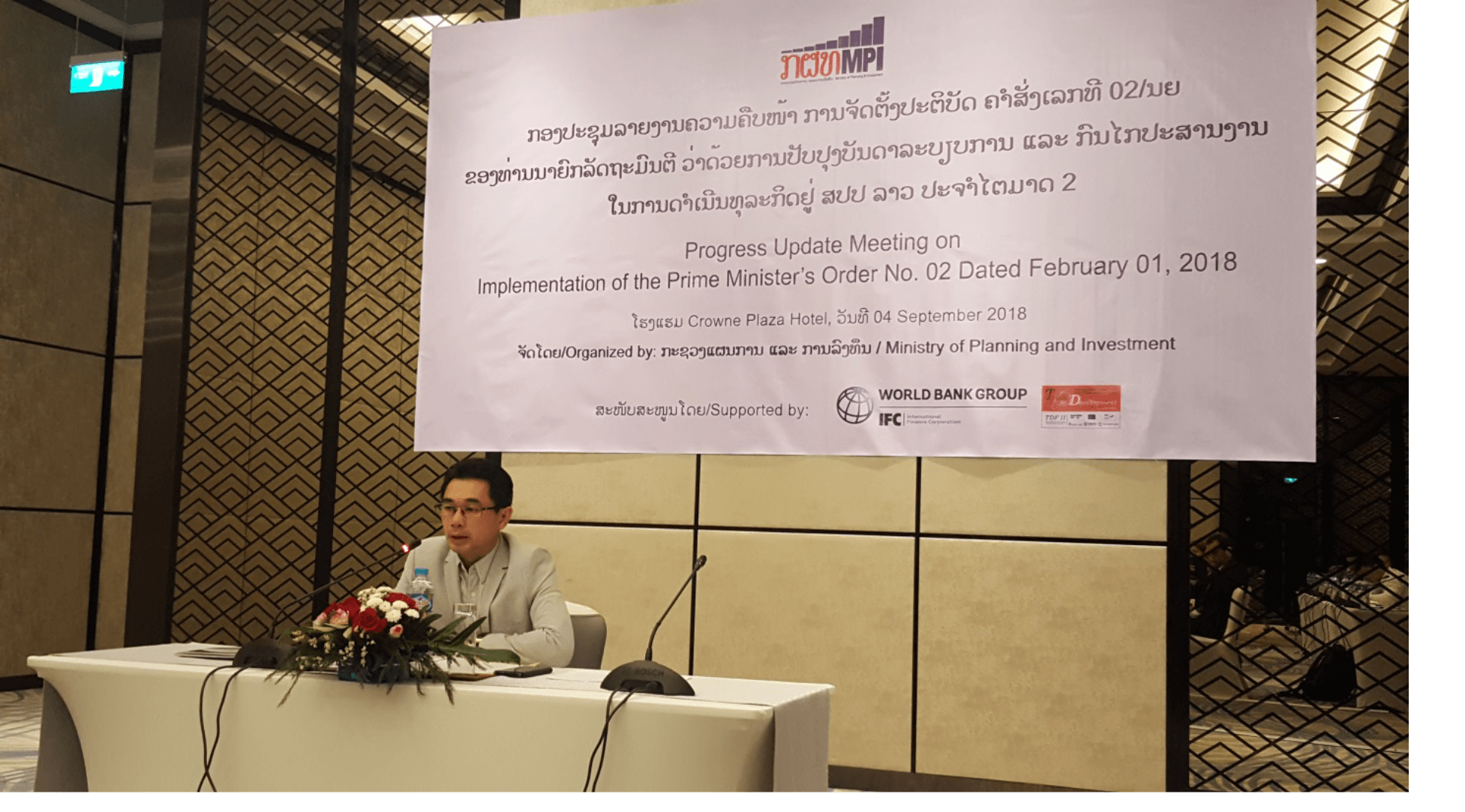 The Ministry of Planning and Investment (MPI) invited ECCIL  on September 04th 2018 to a Meeting on the progress of the country regarding the improvement of its ranking in the Ease of Doing Business Index (EODB); ECCIL was the only foreign chamber invited and contributed a major input.

Every year the World Bank Group publishes a “Doing Business” Report that compares major aspects of the business enabling environment of almost all of the economies of the world. The publication is one of the most important of its kind and it basically shows how easy it is to do business in a particular country compared with other countries.

Traditionally, Laos is not among the first when it comes to the ease of doing business – in the index of 2018 it was on rank 141 out of 190, performing worse than Tanzania, Senegal and in fact worse than all ASEAN countries save Myanmar. This led the Prime Minister to order his government via Prime Minister’s Order No. 2 to initiate improvements, so that the country would rank among the first 100 economies in 2020.

Whereas the MPI is the coordinating ministry, a number of other line agencies are involved in the exercise. ECCIL has elaborated a paper with a strategic approach to achieve the desired results, and the Prime Minister’s Office officially recommended the ministries in a notice of August 15th to review the chamber’s proposal.

Whereas ECCIL participates regularly in relevant official meetings on the EoDB, the chamber has given a detailed and well received presentation of its proposal during the Progress Update Meeting on the Implementation of Prime Minister’s Order No. 2.

As the discussion and the progress reports of the various ministries showed, there is a real effort and determination to improve Lao’s position in the EoDB and it can be expected that it will become significantly easier to do business in Laos in the future.

The meeting was attended by representatives from most line ministries, the World Bank, and GIZ; Eccil was represented by its Executive Director, Dr. Ramon Bruesseler.