Find here the latest news about ECCIL activities and all relevant business news. 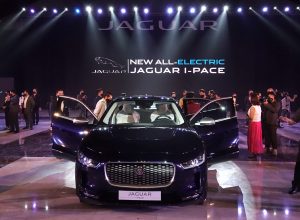 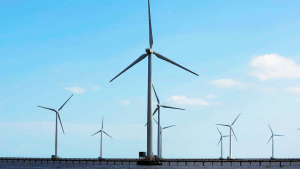 July 5, 2021 Doing Business in Lao PDR, Lao PDR, News
Laos to sell Vietnam its wind power with help from Mitsubishi Corp.   Japanese trading conglomerate Mitsubishi Corp. will develop a massive onshore wind farm in Laos that will supply electricity to Vietnam. Due to the fact that cross-border power-sharing is expected to increase in Southeast Asia, which caused the initial attempt to make the [...] 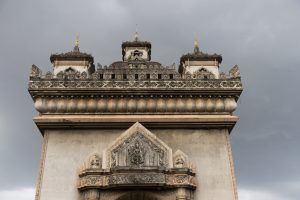 April 22, 2021 Lao PDR, News
The Prime Minister of Laos has ordered a 14-day lockdown for Vientiane Capital in the wake of a surge of coronavirus cases, while other provinces are urged to consider intensifying prevention measures. The nation’s capital announced over twenty new cases of Covid-19 today following an outbreak believed to have begun during the Lao New Year holiday period. [...] 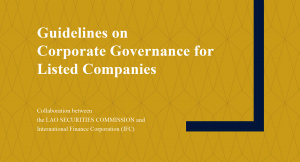 March 25, 2021 News
The Breakfast talk on the "Lao Credit Bureau Action plan", jointly organized by ECCIL EuroCham Laos and its Platinum sponsor BSK - under AIF Group - has attracted a crowd of 50 attendees. Participants had listened to the presentations from Mrs Vinekham LOUNTHONE, CEO of the Lao Credit Information Company, and Mr Tim SCHEFFMAN, Technical [...] Deputy Minister of Finance Dr Bounleua Sinxayvoravong chairs the meeting on Friday. The introduction of a Law on Tax Protection will be announced soon, aimed at enhancing taxpayers’ understanding of tax payment processes and enabling the government to strengthen revenue collection through modern payment methods and monitoring. A meeting to discuss a draft of the […] On 19 March 2021, the first closed-door meeting was successfully held at EU Delegation to Laos Office, Vientiane Capital. The event was chaired by H.E. Ina Marciulionyte, EU Ambassador to Lao PDR, and attended by ECCIL EuroCham Laos and its valued sponsors from various sectors. The objective of the meeting was to provide an opportunity […] “Before setting up your own business, look for yourself and never stop being curious.” On 17th of March 2021, our Executive Director attended the celebration of the 111th Anniversary of the International Women’s Day at the Lao Women Information and Museum center, under the theme of “Women in Leadership – Achieving an equal future in […] Laos could graduate from Least Developed Country status by 2026, according to a new announcement by the United Nations Committee for Development Policy (CDP). The CDP announced on 26 February that having conducted the triennial review of all Least Developed Countries (LDCs), the Lao PDR has been recommended for graduation with an extended 5-year preparatory […]