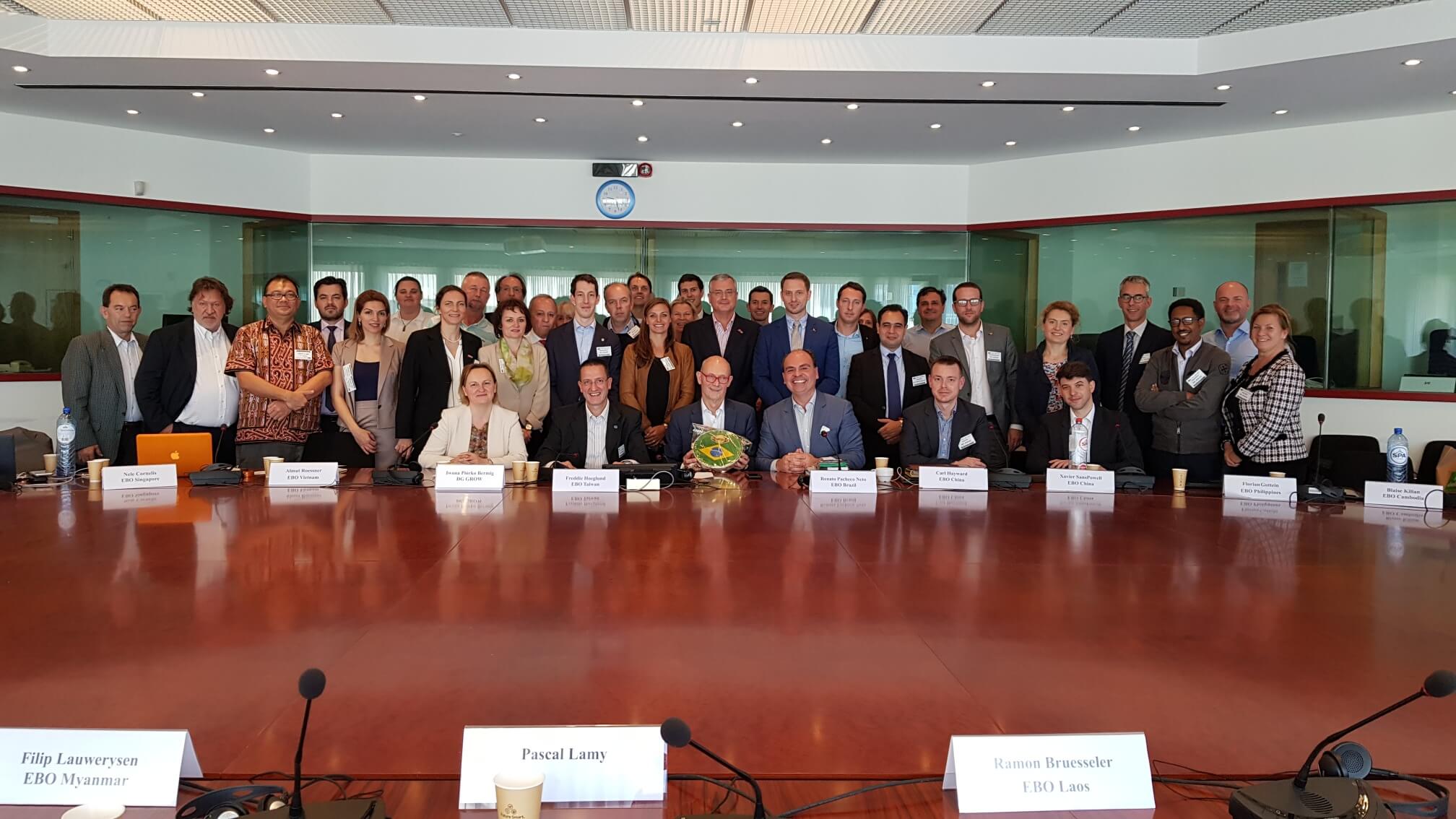 The European Business Organisations World Wide Network (EBO WWN) met for its Annual General Meeting and for meetings with the EU in Brussels from June 17th to 20th.

The EBO WWN (https://www.ebowwn.com) is an association of European Chambers of Commerce and Industry which are located outside of the EU. The chambers support European businesses, in particular SME, in third markets via advocacy, some of them also through services. The roots of the association go back to 2001 although its formal foundation and registration under Belgian law in Brussels took place in 2011.

Today the association has 34 members on all 5 continents, among them the European Chambers of China, Russia, Ghana, Brazil, Moldova and Australia. ECCIL joined in 2012. Its members meet twice a year, the June meeting takes always place in Brussels at the EU and comprises of meetings with members of the European Commission and the European Parliament and other decision makers as well as of the Annual General Meeting.

Meetings took place among others with representatives from the Directorate-General for Internal Market, Industry, Entrepreneurship and SMEs (“DG GROW”), DG TRADE, DG DEVCO (Development Cooperation), and the Directorate General for Justice and Consumers (DG JUST).

One of the prominent guest speakers was Pascal Lamy, Directorate-General for Internal Market, Industry, Entrepreneurship and SMEs.

The Annual General Assembly elected a new board which consists of the following members: