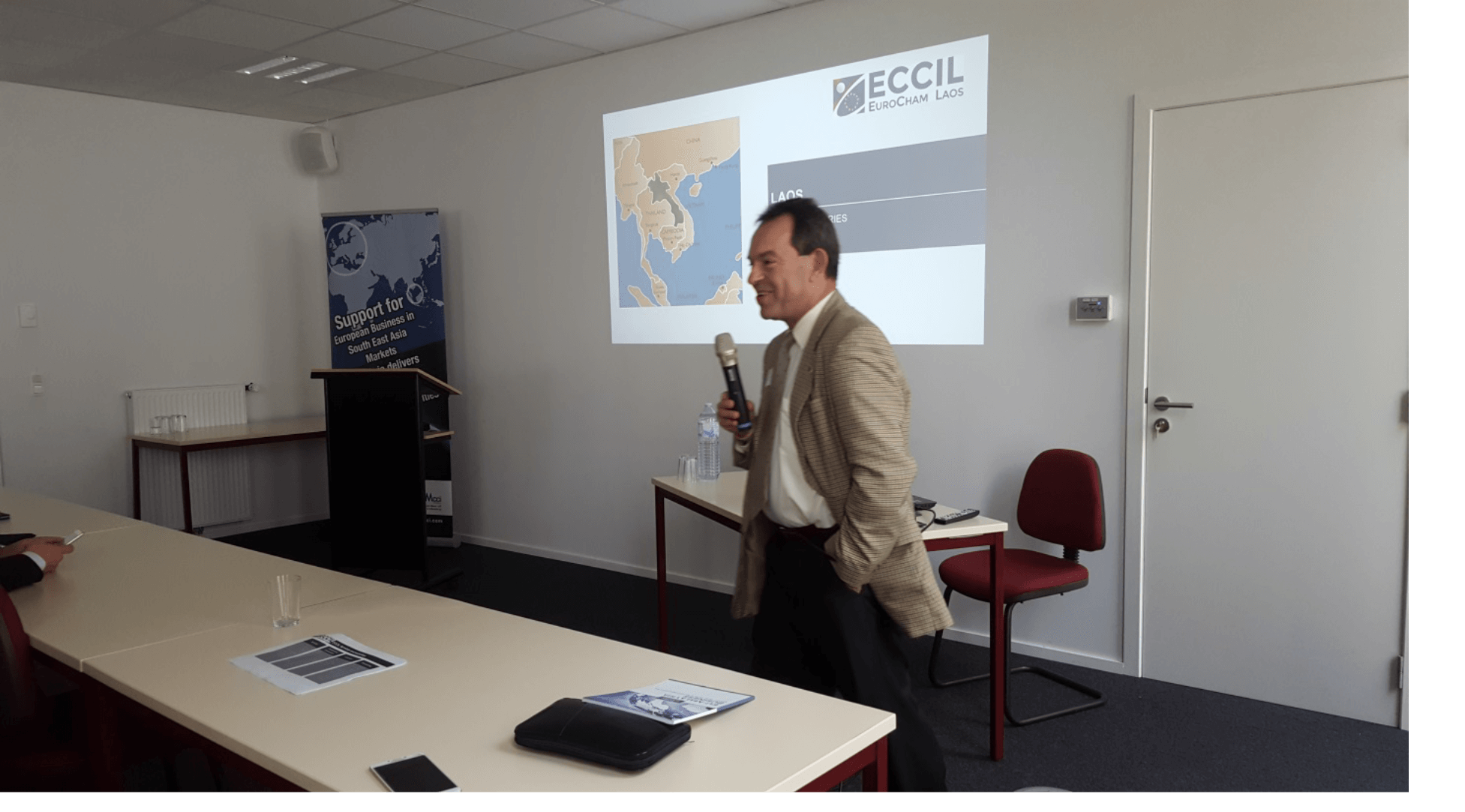 ECCIL’s Executive Director, Dr. Ramon Bruesseler, giving a presentation about ECCIL at the launch of the EU-ASEAN SME Support Network

Since several years the European Union supports several chambers and business networks in the ASEAN sot support European small and medium enterprises in their internationalisation efforts. In Laos and Cambodia it is the European chambers which are the main supporters of European companies in the respective countries whereas in countries like Vietnam it is the EU-Vietnam Business Network.

To exchange information, to coordinate their activities and to better provide services to their clientele the chambers have met regularly in the past. In their last coordination meeting earlier this year in Jakarta they decided to intensify their cooperation which resulted in the creation of the EU-ASEAN SME Support Network which was officially launched in the facilities of the European Business and Innovation Center Network (EBN) on June 21st 2018. The event was attended by some 40 participants from the EU, chambers and the business sector and consisted of presentations of the network members and a Q&A session. ECCIL was represented by its Executive Director, Dr. Ramon Bruesseler.