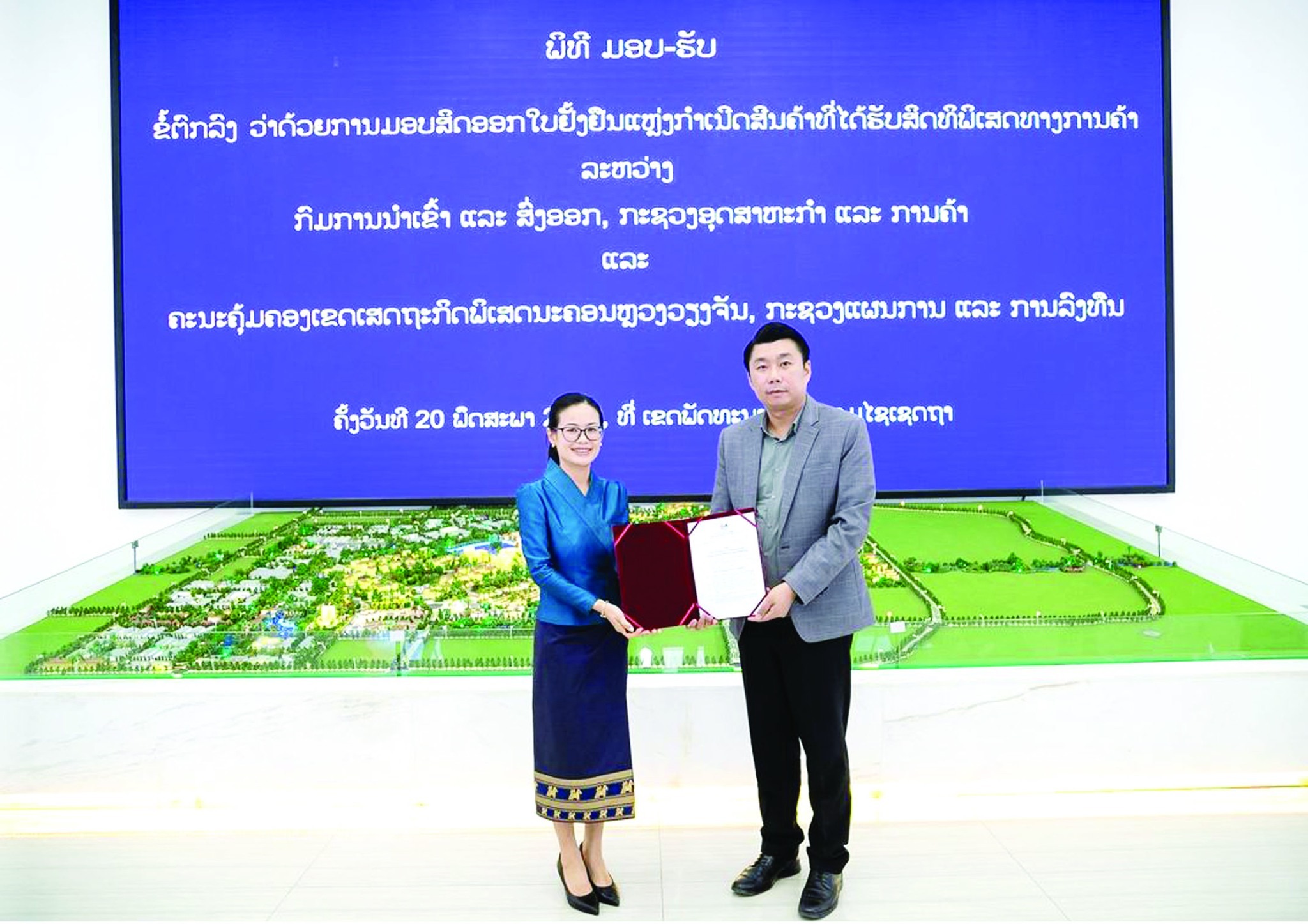 Phavanh SOSAMPHAN June 17, 2022 No Comments
The government plans to promote and facilitate investments in the national capital’s economic zone by streamlining the issuing of preferential certificates of origin in the szone.
The Department of Import and Export under the Ministry of Industry and Commerce recently assigned the authorisation to the Vientiane Special Economic Zone Authority Office for issuing the preferential certificates of origin.
According to the Lao Trade Portal under the management of the ministry, the office can now issue preferential certificates of origin to companies and factories operating within the Vientiane Special Economic Zone. The measure will benefit both existing business entities and incoming investors.
The move is also meant to encourage, promote and facilitate more investments by business entities in such zones. A ceremony was held recently at the zone’s office to hand over the authorisation from the Import and Export Department to the Vientiane Special Economic Zone Authority Office.
The department’s Director General, Ms Manivone Vongsay, handed over the letter of authorisation to the authority’s Director, Mr Thanongxay Khoutphaythoune. The event was witnessed by representatives of the public and private sectors.
The assignment for issuing the certificates of origin is expected to improve the business environment in the zone. The certificate of origin is a crucial document for accessing tax exemption for export goods under trade privileges provided by certain countries.
The certificate of origin certifies that goods originated from or were processed by the exporting country, and it is issued by a government agency or other authorised agencies. The certificate is used as evidence for exemption or reduction of import customs in the country that grants the trade preference. Preferential certificates of origin are a kind of document that increases the advantages in competition among exported goods.
Laos has been granted trade preferences by more than 50 countries worldwide. Under these trade preferences, there are a total of 15 forms – including forms A, D, E, S, AANZ, AHK, AI, AJ, AK, APTA, DFTP, SPT, Co-Korea, Co-China and RCEP.
Interested entities can reach out for more information to the Import and Export Department via (021) 450255 or www.laotradeportal.gov.la and www.ecolao.gov.la.
Source: Vientiane Times